Our lucky locals and neighboring friends will enjoy that special flair of summer exemplified by a hometown parade. The route on 89th Avenue overflows with eager viewers looking for that special place to see the pageantry. You will laugh at the clowns, clap your hands to the beat of the marching bands, wave to Ambassadors in crowns and cheer on children as they represent their clubs, schools, churches and sports teams.

Parade Route is along 89th Avenue from Zachary Lane to Elm Creek Blvd. 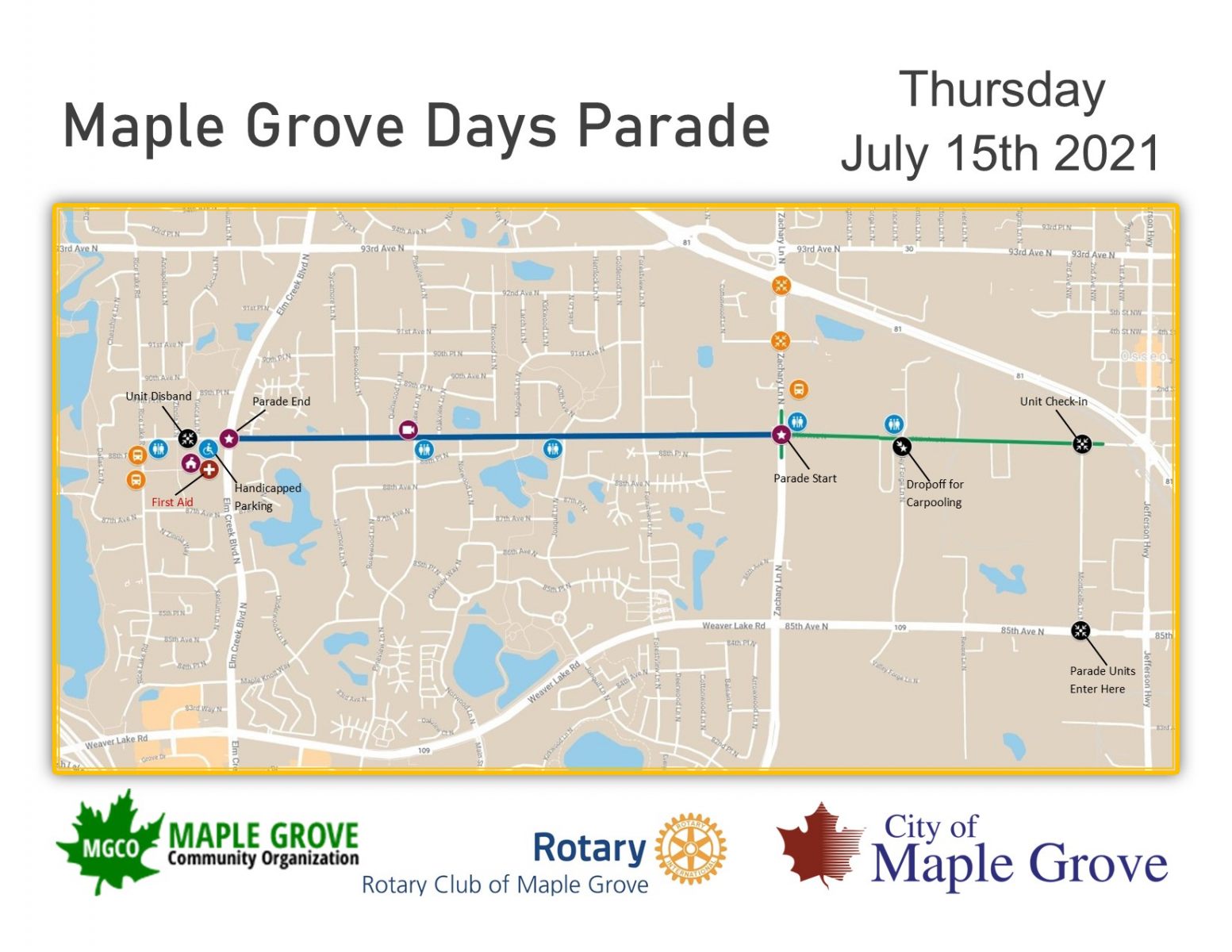 The mayor, his wife, and daughter have lived in Maple Grove for more than 30 years.​
Mark is a shareholder in the law firm of Henningson & Snoxell, Ltd., located in Maple Grove, Minnesota. He concentrates his practice representing businesses and nonprofit organizations in civil litigation.
Minnesota Law & Politics magazine has repeatedly named Mark a Super Lawyer, a designation reserved for only 5 percent of the total lawyers in the state. He has also received an AV® Preeminent Peer Review Rating in the distinguished legal directory, Martindale-Hubbell®.
Mark is a longtime soccer fan and former elite player. He has been actively involved with the sport as a college player and coach, high school assistant coach, and longtime coach within the MapleBrook Soccer Association.
On the professional side, Mark has served on or been a member of various business and community related organizations.  Mayor Steffenson is currently a member of the Metropolitan Council Transportation Advisory Board. He is also a member of both the Regional Council of Mayors and the Municipal Legislative Commission.
Mark has served as the Chair of the Board of Directors for Minneapolis Northwest Tourism and has also been involved with the Bottineau Transitway Policy Advisory Committee, North Hennepin Area Chamber of Commerce, Hennepin County Sheriff’s Community Advisory Committee, and the Maple Grove D.A.R.E. house project.
Over the years, he has also been active with the United Way—Project Offstreets and the Minneapolis Crisis Nursery.